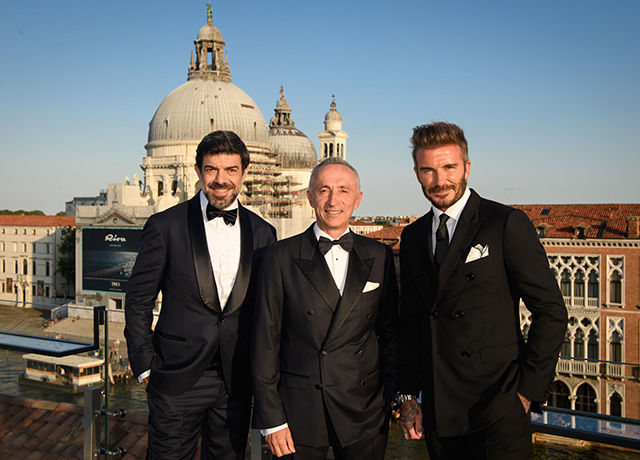 Posted at 14:02h in Uncategorized by Executive Yacht

On June 11th a the Gran Teatro La Fenice in Venice, Italy, the Ferretti Group hosted a gala to celebrate the 180th anniversary of the iconic brand.

During the evening in the style and elegance reflective of the luxurious brand, the evening told the story of the rich history of Riva. They also unveiled the new Riva “Anniversario”, a new Riva masterpiece special edition with a limited edition of just 18 boats, and premiered the new Riva movie, “Riva The Persuaders!”, a new short film inspired by the cult TV series.

In attendance at this exclusive event, the Ferretti Group hosted invited owners, and international guests including Perfrancesco Favino, the Italian actor from the first “Riva, the movie”, David Beckham, and Charles Leclerc, from Scuderia Ferrari.