The new temptation from Riva – the 68′ Diable 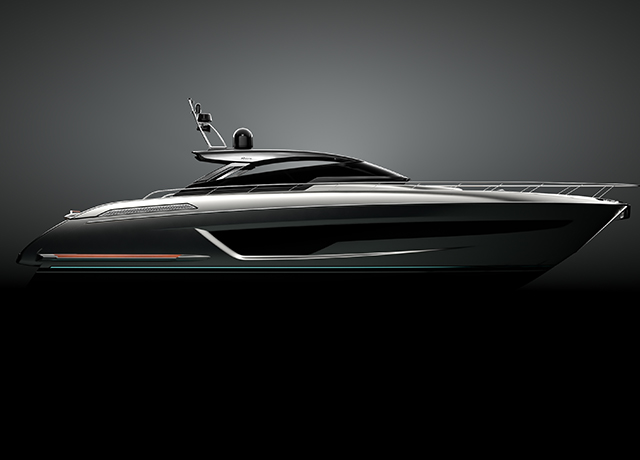 Posted at 00:49h in Uncategorized by Executive Yacht

Keeping up the the elegance and tradition of Riva, the remarkably beautiful 68′ Diable is set again to raise the bar on what a luxurious open yacht can be. With innovation focused on the right balance of sportiness and livability, the Riva 68′ is “set like a diamond in the range of open yachts under 70 feet”.
Powered by twin MAN V12 engines the new Diable’s preliminary information has it cruising at 33 knots. The new hard top, adopted by other new Riva models like the 88 Florida, shelter the helm and dining area, with the two-way opening mechanism on the sunroof are keep to open yacht enjoyment while cruising. New on the Riva 68 Diable is that one of the two sun pads aft now has one of them changing in the form of a chaise lounge. The entire area aft can also be covered by an automatic bimini built into the hard top. Below deck, the three cabin layout is set designed for maximum comfort with a centrally-positioned master cabin, a forward VIP cabin and a double cabin each with their own bathrooms. With “still many secrets and marvels to reveal” on the upcoming 68′ Diable, we are excited to see more as we work toward the launch of Riva’s luxurious new model later this summer.